The Women Film Pioneers Project (WFPP) was initiated in 1993 by Professor Jane Gaines and launched in September 2013 as an online resource (https://wfpp.cdrs.columbia.edu/). The Home Page summarises its aims and approach:

“It is a freely accessible, collaborative online database that showcases the hundreds of women who worked behind-the-scenes in the silent film industry … Always expanding, the database features career profiles on each pioneer, longer overview essays on national cinemas and occupations, still and moving images, and archival and bibliographic resource materials. The goals of WFPP are to:

Christine Gledhill wrote a ‘News’ report for the WFTHN blog in October 2014, with information on what it had achieving to date, and how it could be accessed. She also linked to important and very positive reviews it had received:

▪ New York Magazine: ‘Just Spend the Rest of Your Day Perusing These Biographies of Women in Early Film‘ (10/11/14)

‪Very shortly, we will publish an update report by Kate Saccone, the Project’s Manager, but, meanwhile, we’re inviting you to ‘peruse’ an extract from one of the WFPP entries – as New York Magazine suggests – and to ‘read more’ at the WFPP site. Trish Sheil of the Cambridge Film Consortium wrote the entry on Dorothea Baird (1875-1933, UK) and we thank Trish and Kate for their agreement to this extract.

from her contribution to the WFPP database

In 1895, Dorothea Baird aged twenty, played Trilby at the Haymarket Theatre opposite Beerbohm Tree’s Svengali, in Paul Potter’s stage version of the Daphne Du Maurier novel Trilby. With Trilby’s charming beauty, infamous hat, low-class humour and bare feet, Baird became a British stage celebrity. Her rehearsals under Tree, who groaned ”Give me actresses from the Gutter!” undoubtedly influenced her stage success as comic, lower-class Jenny in The Princess Clementina, filmed in 1911 by William G. Barker (Irving 1967, 213).

These portrayals of feisty, lower-class women, alongside Dorothea’s charitable work for impoverished mothers, culminated in her main contribution to early cinema when she scripted and starred as a health visitor in her film Motherhood (1917), an instructional film for National Baby Week promoting better parenting for lower class mothers. The Successors and The Precarious Crust, both written by her son, Laurence Irving, provide details of her life and career while the Laurence Irving collection at the Victoria & Albert Theatre and Performance Art Archive holds original documents.

In 1894, Baird was playing in “The Tempest” when she met Sir Henry Irving’s son Henry Brodribb, known as H.B. In 1896, the year of the birth of British cinema, they married. According to The Bioscope in March, 1911,  her son Laurence Forster Irving was born in 1897, the year Queen Victoria’s Diamond Jubilee was filmed by the cameraman William G. Barker  who would later introduce Baird to cinema (n.p). Her daughter Elizabeth was born 1904.  The next year, Sir Henry Irving died and Baird and H.B. formed their own theatre company while

Barker founded Ealing Studios. By 1910 they were both performing in “The Princess Clementina,” George Pleydell’s stage version of  A.E.W. Mason’s novel. Baird’s interpretation of the role of Jenny provided socially pointed comic relief as suggested by such lines in Mason’s novel: “I am poor… but it gives no one the right to dwarf me,” and “She swore more loudly than she had wept … she struck at his head with her fist… And what do you make of me? A maggot?” (Mason 139-140).

Her first screen role followed in 1911 with Barker filming The Princess Clementina at Ealing Studios as a prestige historical production. He borrowed all the scenery from Queen’s Theatre production which, according to The Bioscope in a March article, was returned quickly “in good time for the evening performance”

To read more on the film and Rachel Low’s and other critical response to it, and to find out about Baird’s extraordinary later working life: https://wfpp.cdrs.columbia.edu/pioneer/dorothea-baird/

‪As Kate Saccone will note in her report on WFPP to follow shortly, there are other entries on UK/Ireland women and more to be completed and delivered, but there are currently 30 UK women as yet unassigned to contributors and 6 Irish women (their names are listed on the website). So this blog, Christine’s of 2014 and Kate’s to come, all hope to encourage us to consider taking one of them up. 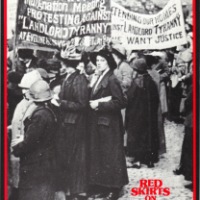