This new project is a collaboration between the University of Newcastle (Melanie Bell, Principal Investigator), the De Montfort University (Vicky Ball, Co-Investigator) and BECTU, the Broadcasting, Entertainment, Cinematograph and Theatre Union. It is funded by the Arts and Humanities Research Council and is running from January 2014 to June 2017. Its aim is to assess the contributions women have made to film/television production in Britain during a period of considerable social change and substantial institutional change for the industries: 1933-89. Whilst a minority of women have worked in ‘above the line’ roles (directors, producers), thousands have been employed in ‘below the line’ roles as hairdressers, continuity ‘girls’, production assistants and negative cutters, yet their history has barely been studied. Much of their work has been undervalued by academic scholarship which has privileged auteur-directors, and its study hampered by scarce archival sources.

This research project looks at the historical relations between women and production by exploring women’s contribution through trade union records and oral history testimony. From 1933 to 1989 film and commercial television operated as a closed shop and BBC employment was similarly regulated. By tracing women’s contribution through union membership, this project will provide empirical data about how many women worked in the industries, their roles and their movement between film and television. The data will be supplemented by oral history interviews with women which explore their working lives. Oral history is an invaluable way to document experience that would otherwise be missing from the record. It puts flesh on the bare bones of fact and brings personal meaning to history through the voices of those directly involved. We will be working with existing testimonies, including those already recorded by the BECTU History Project, and creating a new audio collection of 25 in-depth life story interviews with women from the film and television industries. In bringing these two approaches together this project will unlock previously hidden evidence about women’s work, and develop new ways of conceptualising and historicising the film/television industries through the experiences of below-the-line workers. It will explore how production cultures were gendered, the gaps and interstices through which women could progress, and in doing so it will open up questions of labour, agency, professionalism and creativity. This will have a wider impact on both the study of film/television and our understanding of the role of women in 20th century creative arts and industries.

The team consists of Melanie Bell and Vicky Ball, who are joined by a Research Associate, Sue Bradley, and a doctoral student, Frances Galt. Sue Bradley is an experienced oral historian who has worked as an interviewer for the British Library on their ‘National Life Stories’ collection. Frances Galt has trained as a historian and has a specialist interest in C20 British history, gender and trade unions. The project team are working in partnership with the British Universities Film and Video Council (BUFVC) to create a sustainable digital resource consisting of women’s oral history testimony, union records, ancillary materials and contextual essays.

The team are keen to hear from women who worked in film and television before 1989, from secretary or director and any grade in between. Whatever the role, please get in touch. We are doing a limited number of oral history interviews and we also welcome written accounts.

The project has its own website will be updated regularly with reports, blogs and case studies and we will keep WFTHN members up-to-date with regular reports on our progress as the study unfolds.

ANNOUNCEMENT: Following the second ‘Doing Women’s Film and Television History’ conference last month, Melanie Bell and Vicky Ball will be organising the third WFTHN international conference, which is scheduled to take place in London, 2016. Details of the conference including date, venue and call for papers will be circulated in the autumn of 2014.

[1] Melanie Bell on behalf of the ‘History of Women in the British Film and Television Industries’ team: Sue Bradley, Vicky Ball, Frances Galt and Melanie Bell.

Melanie Bell is a Senior Lecturer in Film at Newcastle University. She has published widely on British film and gender including essays on British women film critics,  the single girl in 1960s British film, a co-edited collection British Women’s Cinema (2010), and a monograph Femininity in the Frame: Women and 1950s British Popular Cinema (2010). She is Principal Investigator of the ‘History of Women in British Film and Television’ project and is currently finishing a monograph on Julie Christie to be published by the BFI Film Stars series in 2015.

Vicky Ball is Senior Lecturer in Cinema and Television Histories, De Montfort University. She has published articles on gender and British television drama and is currently writing a book about the British female ensemble drama to be published by Manchester University Press, 2015. She has recently co-edited (with Melanie Bell) ‘Working Women, Women’s Work: Production, History, Gender’, a special edition for the Journal of British Cinema and Television (July 2013). She is co-investigator on the AHRC funded project ‘Women’s Work, Working Women: A Longitudinal Study of Women Working in the Film and Television Industries (1933-1989)’ and a member of the Committee of the Women’s Film and Television Histories Network: UK/Ireland. 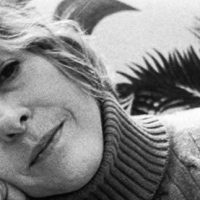